The Risks of Commercial Polybutylene Piping 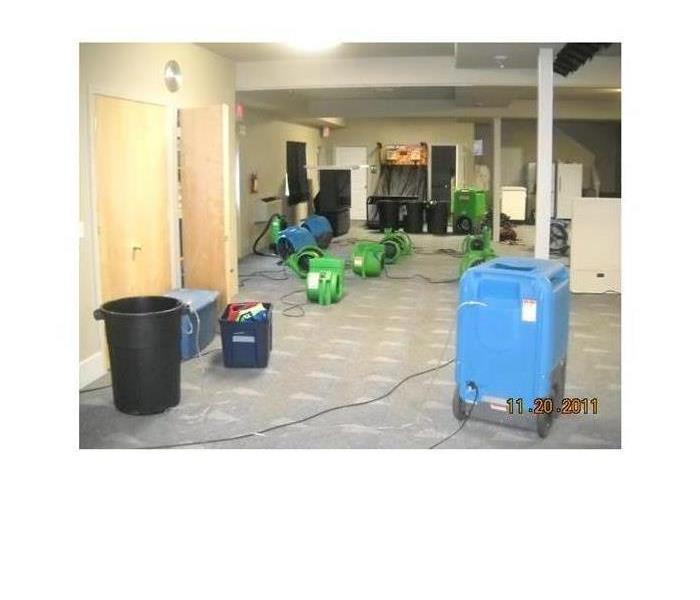 Air mover on a bathroom leak over the basement in a Vancouver, WA church

If you have an older commercial property, it may have polybutylene pipes. As a staple of late twentieth-century construction, it was widely implemented as a cheaper alternative to traditional piping. This material was later found to have problems with longevity. Your Vancouver, WA, business could be at risk because of this pipe type, and here is what to look for and consider.

The most widely implemented use for this material was to feed water from a water line into a commercial building. The polymer typically comes in a few colors: white, gray and blue. These pipes are typically located in or around a number of locations:

If you are unsure of what material your business utilizes, an inspector or plumber may be able to give you a definitive answer. The tubing types often look similar and can easily be misidentified by untrained individuals.

A class action lawsuit in 1995, Cox v. Shell Oil, won in favor of consumers with the conclusion that polybutylene pipes damaged too easily and were not a proper installation. It phased out of the market in the United States following that.

Typical chemicals in the water supply, such as chlorine, deteriorate the interior of the pipe until it breaks. This risks a pipe break leading to costly water damage. Local building codes may even explicitly forbid the polymer piping from being used due to these risks.

With the knowledge of why the pipes are dangerous, you are likely wondering how to remedy it. You can work out what’s salvageable from your old system with the assistance of a plumber. Most likely, you will be advised to install new plumbing.

If you cannot replace the pipes in the near future, you should plan for potential damage. An expert water damage treatment crew can remove water from the affected areas of your property. Alternatively, updated plumbing and proper maintenance of the system can help prevent repair costs related to any problematic polybutylene.